Only 4 days in and we’re off with a bang!

Version 3.56 comes with more fixes and tweaks that didn’t make the version 3.55 cut. It’s an interim release as we prepare uniCenta oPOS for introduction of Card Payment Gateways early in 2014

Feedback from releases arrive much quicker than they ever did before because of the number of Downloads. What could take a few weeks to a month or two a year ago now happens in days. Version 3.55 is a replacement for the September 2013 v3.50 release (which to be frank was a bit lass than ready to go) and fixed all the known bugs plus I added a few more enhancements, such as a Customer Transactions list in the Customer View form.

We didn’t find out that uniCenta oPOS had won a 2013 Bossie Award until late October (can you believe no one got in touch to let us know and we only discovered we had won this accolade via a congratulatory email from a PR company offering their services!). It all happened back in mid-September so included here. To say “We’re dead chuffed” (a well-known and used Yorkshire expression of being duly proud of ones achievement) is an under-statement to say the least. 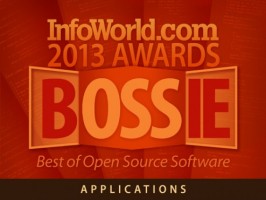 “Openbravo POS was a popular, open source way to run point-of-sale devices such as cash registers or checkout computers. The Openbravo POS project stalled in 2011, but the source code lives on in a very powerful and beautifully redone fork, uniCenta oPOS. The folks behind the new project have gussied it up with a new look (along with 38 different skins), provided commercial support for customers who needed it, and released the source code as GPLv3 to prevent it from being resold as a service. Everything from automatically figuring sales tax to inventory management, scale integration, and employee control is included.” – Serdar Yegulalp, InfoWorld